The moon revolves around the Earth, one revolution taking approximately 29 days. It revolves, not in a perfect circle, but in an ellipse. The moon’s path around the Earth is known as its orbit.

Because its orbit is elliptical (see diagram), the moon reaches its closest point to the Earth (its perigee), and its furthest point (its apogee), once each in every 29 days. 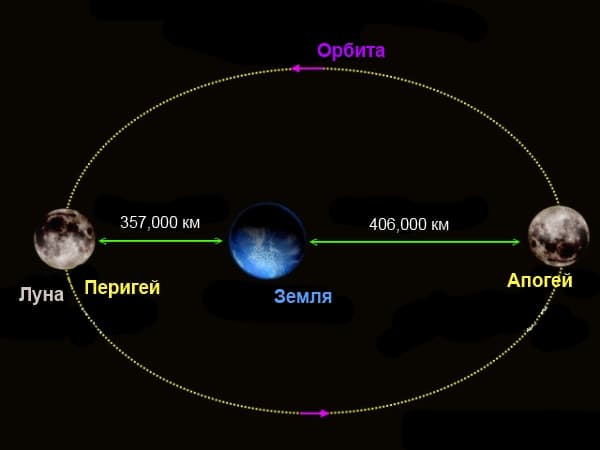 Below, we answer some interesting questions that arise when we consider how the moon appears in the sky.

Why do we only ever see one side of the moon?

If you think about it, this is rather strange. After all, if you put a football on the floor and move a little tennis ball around it, the tennis ball will turn different parts of its surface towards the football as it moves.

Yet, we only ever see one side of the moon. This is because, as it revolves around the Earth, the moon is itself rotating on its axis, and each rotation takes exactly as long as one orbit around the Earth. This is quite astonishing. Scientists have two theories as to how it can have come about:

These phenomena may have synchronized the moon’s axial rotation with its Earth orbit.

Does the sun ever shine on the far side of the moon?

Yes, in fact it does. For half the lunar month (about 14 days), one side of the moon is illuminated and the other is dark, then vice versa for the other half. The temperature on the illuminated surface reaches 107 degrees Celsius, while on the dark side it is -150.

How to get know the moon day number?

The Synodic month is the classic lunar month that we are familiar with. It is equal to the interval between new moons. Its duration varies, but is 29.5 days on average.

This is the interval between two consecutive occasions when the moon as seen from Earth is in exactly the same position in the celestial sphere, relative to the stars. It is equal to 27.3216610 days or 27 days, 7 hours, 43 minutes and 11.51 seconds.

The waxing moon: what is it, and how can you tell?

What are the phases of the moon? 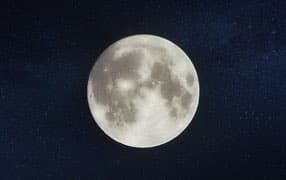 The supermoon: what is it and when is the next one?